Should You Choose A Prototype or MVP For Your App Development?

There are various stages between the conception of an idea and the end product. Testing your idea is one of these crucial stages. Prototypes and Minimum Viable Products (MVP) are extremely useful options for testing your digital product. Both of these testing options can help ensure your business idea succeeds. They can provide useful stakeholder and user feedback as well as generate excitement surrounding your upcoming product launch. So which one should you choose to test out your idea? To help you decide, let’s explore the prototype and MVP testing options, their advantages, and their differences.

What Is The Digital Product Development Process?

Digital product development is the process by which an idea for a digital product is created into an actual product that end-users can engage with and derive value from. There are various stages between conception and the final product, but the first stage is typically ideation.

Regardless of what stage you are in the process, a particularly useful approach to digital product development is the Agile approach. The Agile approach is perfect for digital product development because it allows for a great deal of flexibility. This provides the product with the opportunity to adapt to current market demands, changing consumer patterns, and adjust to feedback received from stakeholders.

This is why a prototype or MVP is crucial to the agile product development process. They ensure there’s actually a demand for your product while providing an opportunity to improve the final product.

Although they both validate your digital product idea, save you time, and cost relatively cheap, there are key differences between a prototype and an MVP.

A prototype is a rough draft of your idea. It’s an extremely early version of your product. A prototype test is ideal for quickly testing the theory behind your idea. They are often low-cost and minimal effort but have none of the functions that the final digital product will offer its users.

On the other hand, an MVP is actually a functional, lightweight version of your end product. They typically only have the core features offered by the eventual end product. There are no bells and whistles on an MVP product version. This is a great option for testing your product and seeking valuable feedback from stakeholders and users. An MVP can significantly reduce the amount of time and money poured into the testing phase.

Differences Between Prototype and MVP

While a prototype and an MVP fulfills very similar roles in the digital product development process, there are many key differences between them.

A prototype is more useful for testing your digital product idea. It ensures the bare bones of the project actually work. It transforms the theories and concepts into a rough, tangible version of the product. In contrast, an MVP is suitable for testing the digital product itself. An MVP has all of the basic functions and features of the final product.

Another key difference between a prototype and an MVP is functionality. A prototype is intended to provide an early visual representation of the product’s design and therefore lacks functionality. Conversely, an MVP actually works. This allows the testing of the actual product itself rather than just its design.

A prototype can actually transform into an MVP throughout the development process. Depending on the kind of digital product, an MVP can be produced from the tested and validated prototype.

In the case of an app, a prototype tends to be more functional. Nonetheless, it still serves more as a visualization of the product’s design. Creators use a prototype of an app to identify any flaws in the product’s design. It is also frequently brought to a stakeholder or investor to help them visualize the concept of the app and get an initial reaction. An MVP of an app, on the other hand, is the essential features only version of the final app. This allows for better testing of the core product as users can actually provide feedback that can enhance the functionality of the final app version.

Prototypes And Its Benefits Explained

A prototype breathes life into your idea. What began as a concept or theory takes the form of something tangible with the help of a prototype.

Prototypes can be easily made with minimal time, effort, and money. The idea is to simply get your idea out there. It’s a visual representation of your digital product that can be used to aid your development team in building the actual product itself. A prototype can even be as simple as a sketch. However, for an app, it’s probably best to create an interactive digital prototype.

There are many benefits to using a prototype in the product development process on top of being the fastest and cheapest testing option.

Prototypes can be used to impress stakeholders and investors. Presenting them with a prototype of your digital product can not only spark further interest, it can also secure greater financial commitment to your project. A prototype allows investors and stakeholders to visualize the value of your digital product. As a result, they might become more invested in ensuring the product reaches the market and succeeds.

A prototype is also handy in validating your idea. The way stakeholders, investors, and other users react to your prototype will inform you of its market potential. If the reaction is not as enthusiastic as you expected, you might need to start from scratch, change the design of the digital product, or abandon the idea altogether. Prototypes can also help creators spot any design flaws early on in the process.

Like other testing methods, the primary benefit of a prototype in the development process is ensuring your final product is polished enough to enter the market. It’s a low-cost, low-effort way of checking to see if your product is actually worth the investment.

MVPs And Its Benefits Explained

A Minimum Viable Product or MVP on the other hand is exactly what it sounds like. It is your digital product with the absolute bare minimum. It is specifically created with the purpose of drawing valuable feedback from users. An MVP allows a development team to gain as much useful feedback from the public to help them develop the best possible final product.

Similar to prototypes, an MVP requires very little time and effort. It is the most basic version of your digital product.

Like other early process testing methods, an MVP is a practical and efficient way to ensure demand exists for your product before moving forward in the development process. It can also help your development team produce an improved and more appealing final product.

There are several advantages to using an MVP to test your digital product.

Since an MVP is functional, it can be used as an indication of a product's profitability when it enters the market. Based on the inputs of users, you can change the product or enhance its features to potentially boost sales.

An MVP version of your product is designed intentionally for user engagement. In addition to testing the product itself, it allows you to better understand your target audience and their needs. The way your ideal consumer engages with your digital product will help you determine if your product is heading in the right direction.

Although an MVP is far from an early release version, it can help generate interest around your product early in the process. By allowing some users to test the product, they can spread the word and increase anticipation for your launch.

What Is Better for Your App: Prototype or MVP?

It’s evident that a prototype and an MVP each bring their own unique advantages to the product development process. To determine which testing option is better for your app, it might be helpful to ask yourself and your development team a few crucial questions.

At what stage in the development process is my digital product? Both a prototype and an MVP are useful in the early stages of product development. However, if you’re at the very beginning and only have an idea for a digital product so far, it’s a good idea to start off with a prototype. A prototype is a cheap and effective way to test whether or not your idea is viable. It can also generate the necessary financial backing from stakeholders and investors to continue with the development process. Moreover, if your digital product idea is unable to find its place in the market, it’s best to know as soon as possible. A prototype can save you a lot of time, effort, and money in the long run.

What kind of feedback am I looking for? If you seek design feedback, a prototype should suffice. Prototypes are a great method for identifying design flaws and fixing them. However, if you want to maximize the valuable feedback you receive from users, an MVP is the better choice. An MVP can inform the development team of their target audience’s needs and preferences. Though an MVP requires a bit more time and effort than a prototype, the valuable product feedback they generate from users is worth it.

How committed am I to the development of this product? If your digital product is in its earliest stages, you might not be as invested in it. Therefore, a prototype is the perfect way to test whether or not the product is a good concept or not. On the other hand, if your development team is still in its early stages, but heavily committed to the success of the project, an MVP is the right choice. A prototype is a lot easier to scrap than an MVP. Using an MVP to test your product means you're committed to changing your product, but would rather not scrap it altogether.

Who is my audience? Prototypes are designed mostly for stakeholders, investors, and other members of the development team. In contrast, an MVP is intended for a much more public audience.

After this detailed comparison of a prototype and an MVP, it’s clear that both options are effective ways to test your product in its early stages. While a prototype is especially useful for testing out the concept and theory behind the idea of the product, an MVP can help validate the actual digital product itself in its most basic form. Both of these testing methods are critical to the development process of your product.

However, if you only have the time or budget for one of them at the moment, your choice should be a reflection of your confidence in your idea and its design. Skipping the prototype and testing the digital product using an MVP assumes that the concept of the idea works. Alternatively, if you want to guarantee that there is actually a place for your digital product idea in the market, a prototype might be ideal for your app. An interactive prototype can also be presented in front of investors and stakeholders for an initial reaction of the product. This helps validate that your product idea is actually valuable and profitable.

Neither the prototype nor the MVP technique is better than the other. They each fulfill their role in the digital product development process. In the end, the better choice is a matter of personal preference based on your needs, budget, and business goals.

George J. Newton is a product development manager at Thesis Writing Service. He has been working for ten years, perfecting the art of the apology throughout. Is Near-Shoring to Canada Right for Your Company? 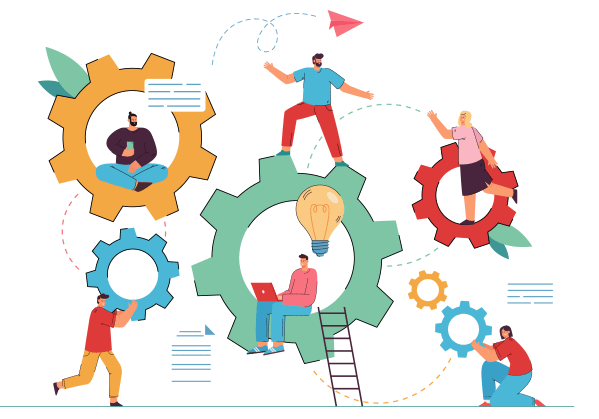 Your Ultimate Guide to MVP Development 2021 Pandemic-Inspired Cyberattacks: Security Tips for Organizations in the Healthcare Sector